Children’s Tumbling has been called “one of Tribeca’s most cherished institutions,” having served the community for over three decades. Read more about why our classes, parties and community events make Children’s Tumbling the perfect place for children to begin gymnastics.

Children’s Tumbling is one of New York City’s Best Places to Have a Birthday Party:

“Birthday parties were never like this in the old days. At Children’s Tumbling, they want to know exactly what your child is into so they can make up a wild adventure story and have all the children participate. There are props, lights, costumes, not to mention all the running around, jumping on a trampoline and rolling over soft big tubes. So you have a child who likes outer space? Pick an astronaut setting with a spaceship that hangs from the ceiling as a disco ball spins overhead (doesn’t it look like stars?). Or choose a Cinderella theme with a pumpkin coach and costumes to prepare for the ball. Kids can also dress as knights in armor, firefighters, campers, Batman, circus performers, Peter Pan, and anything else in their imagination. It’s colorful theatrical, and non-stop.“ 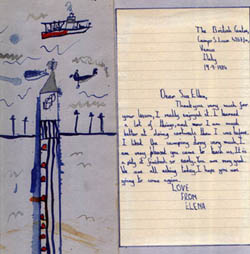 Here’s what former students have to say:

Dear Suellen,
Thank you very much for your lesson, I really enjoyed it. I learned a lot of things, and now I am much better at doing cartwheels than I was before. I liked the camping story very much. I am pleased that you came to teach us, it is a pity it finished so early. You are very good. We are all aching today. I hope you are going to come again.
Love, Elena (Venice, Italy)

“Thank you for putting on a lovely party for me. My friends are still telling me what fun they had. I like my tee-shirt too!”

“Thanks for a fantastic party! You’re amazing!”

“The costumes were so great. You put so much effort into them. I know the boys enjoyed the experience. Thank You!”

“Thank you so much for your devotion to these children, we really appreciate you!”

Suellen Epstein, Director of Children’s Tumbling, has been quoted in numerous publications on movement for children, exercise and health:

Join us and find out why Children's Tumbling has been a downtown institution for decades.
open

Check out the class schedule.